Sensational singer Maggy Simon has enchanted the Los Angeles music scene with vivacity, grace and winning style with over six acclaimed appearances at the world-famous Catalina Jazz Club in Hollywood, CA, and over 165k friends, fans, and followers on Facebook, Twitter, and Instagram.

As a versatile entertainer, Maggy wins over audiences with her high-energy jazz and pop renditions and engaging Broadway sensibility.

With key musical influences including Ella Fitzgerald, Eydie Gormé, Barbra Streisand and Sarah Vaughan, Maggy, a native of Los Angeles, CA, grew up to become a professional vocalist with a great passion for jazz and musical theatre — singing at private events and benefits while raising a family and establishing her own business management firm. 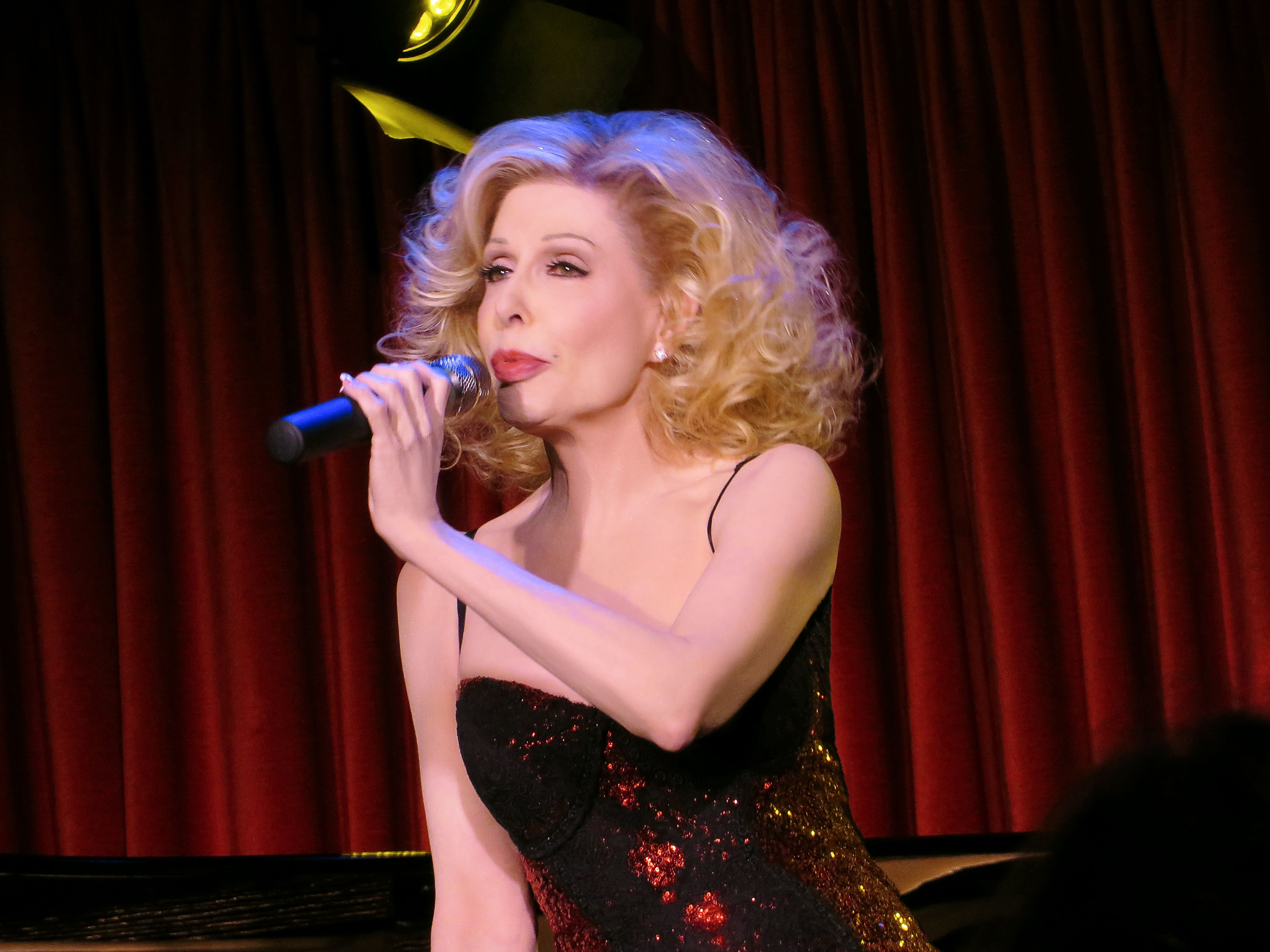 She made her breakout debut as a headliner at the Catalina Jazz Club in 2005, and her return engagement at that famous Hollywood venue in November 2013 was at once a warm homecoming, a packed-house event and a critical success.

Maggy made her theatrical stage debut with a walk-on part in the Los Angeles production of the hit musical WE WILL ROCK YOU, based on the music of Queen, in July 2014, and returned to the stage for JERSEY BOYS at the Ahmanson Theatre in downtown Los Angeles in June 2017.

Notching her sixth critically lauded performance at the Catalina Jazz Club in February 2016, Maggy Simon continues to bring her talent to an ever-expanding spotlight with the release of her new record, YESTERDAY ONCE MORE.